Online Periodical
Taking your mobile phone with you..

Taking your mobile phone with you..

If you are planning on visiting France for a holiday or an extended period of several months you will want to keep in contact with friends and family back home. The ubiquitous mobile phone is now the number one communication tool but what do you need to know before you leave home with your phone? The following details the case for UK mobile users in France but can equally apply to other countries. 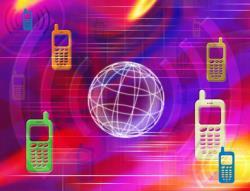 The mobile phone industry is a huge global money making force, turning over billions of pounds every year and particularly fuelled in the UK by the constant upgrades, cheap contract costs and our desire to stay in touch. There are over 4 billion active mobile contracts in the world today and over a billion more phones are expected to be sold this year, though some experts are predicting that the level of growth will slide with the global recession and a lack of new innovations in the mobile market. Only time will tell. However, mobile phones are now the main way in which people keep in touch, not just within their own countries but also when travelling abroad, and with 70 million active phone contracts in a country of just over 60 million people, UK citizens can be no exception. As a result it’s important that when you’re going abroad you make sure that your mobile phone is ready for the journey and that you’re fully aware of the costs and the available packages that can help keep them down.

The good news is that a majority of mobile phone operators have realised that people want to use their phones abroad and most networks have sister companies elsewhere that will cater to roaming mobile users. In France there is SFR which is owned by Vodafone, Orange is used as the operating brand for France Telecom`s mobile service and Virgin Mobile even have their own company, which means that every network from the UK will have some links with a French provider so you’ll almost certainly be able to make a phone call whilst you are across the channel. If you’ve already got a contract deal with one of the UK networks then head over to their website and look for the roaming charges page. Usually prices are charged at a flat rate for most EU countries. For example, on Vodafone provided you have a dual band mobile handset you’ll pay 15p for a text message plus charge for any data, and you can even browse the web with up to 15MB of data transfer for £5 a day should you so choose. Vodafone even have an international call saver package which any pay monthly customer can sign up to during their contracted period. This package gives you discount call costs for both sending and receiving voice calls and text messages whilst you’re abroad, and in France calls will cost 38p a minute to make a call and 19p to receive a call. Orange operate a virtually identically priced roaming charge package that is open to new and old customers alike. However, if you’re planning on going abroad frequently and are looking for an even cheaper deal then you might consider a SIM only roaming option. Use price comparison and search the web for SIM cards designed specifically for travellers abroad with UK mobiles, and check out mobile phone review sites to see which handsets are compatible with foreign networks.